The Seikilos epitaph is the oldest surviving example of a complete musical composition, including musical notation, from anywhere in the world. The song, the melody of which is recorded, alongside its lyrics, in the ancient Greek musical notation, was found engraved on a tombstone, near Aidin, Turkey (not far from Ephesus). The find has been dated variously from around 200 BC to around AD 100. 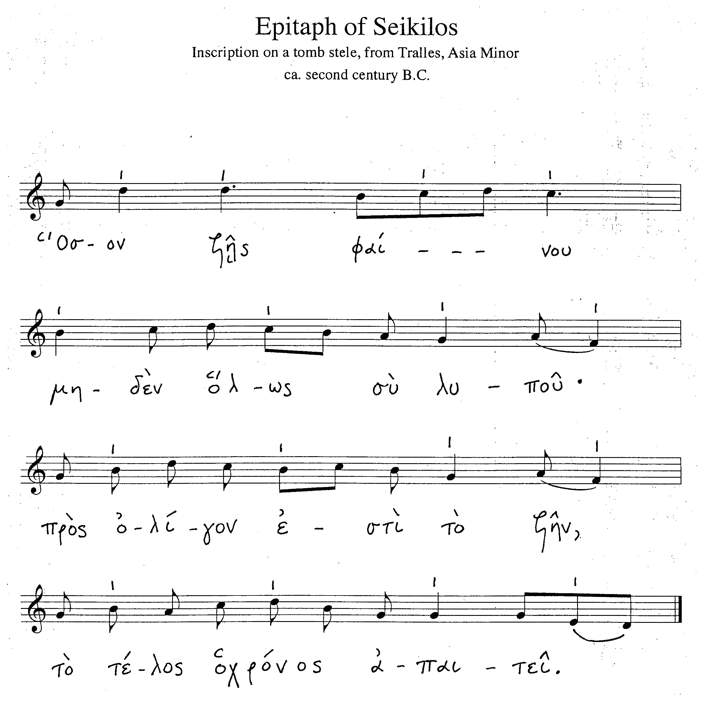 Click here to go to the NAXOS Music Library via the SMC Library.

Meet the instruments of the orchestra